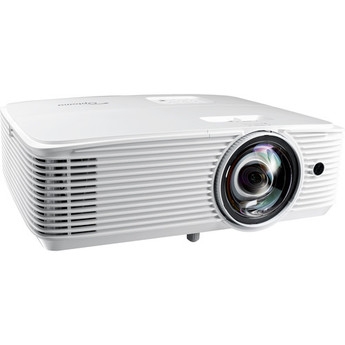 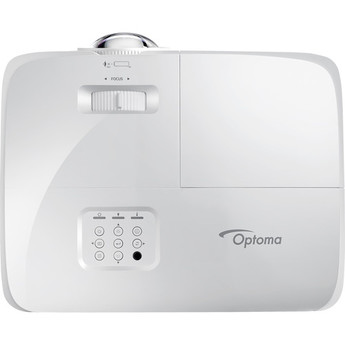 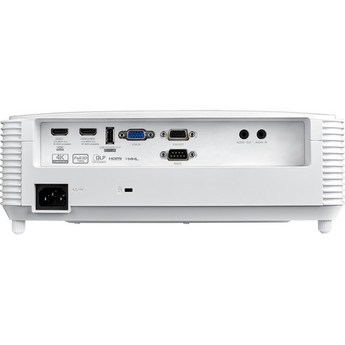 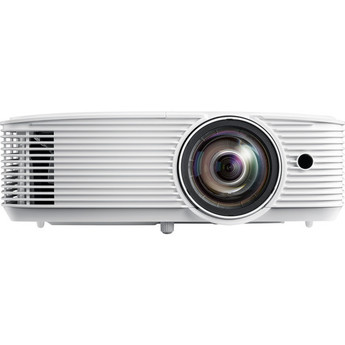 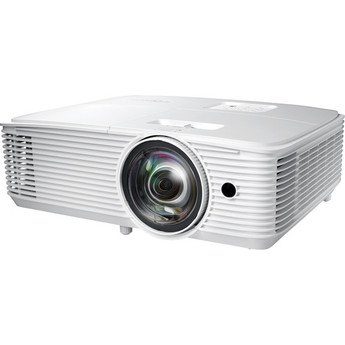 The Optoma GT1080 projector offers a short lag time, a bright image, 3D support for HDMI connections, and 1080p resolution to match the resolution of the newest crop of game systems.

Optoma’s £780 GT1080Darbee is unique in the projector world for its combined focus on video-gaming and high-level video processing – two features that don’t go together at all. However, it really does make its unique combination work, and in doing so establishes itself as a seriously tempting home...

The GT1080 is a highly affordable single-chip DLP projector designed primarily for gaming. Its high claimed brightness and built-in audio system make it easy to set up and use – you don’t need a dedicated home cinema ‘cave’ – and its living-room friendliness is underlined by the fact that it’s got...

The GT1080 works best as a short-throw, 1080p gaming projector. Move it away from the wall or use it for the center of your home theater system, however, and you'll be disappointed.

We bought this about a month ago for our home theater/game room. Decided to go with a short throw projector for a quick set up and the ability to use outside by the pool during special occasions. We are pleased with the picture quality and refresh rate as describe.

As stated above, it isn't silent. However, I have the projector on a table in front of my couch and I can only barely hear it when the room is silent. When watching a movie or playing games I can't hear it. The addition of a third HDMI would be nice, along with an optical audio output.

This projector is pretty freaking awesome. I've never haf one before but so far this one is worth the money spent on it. It basically covers the whole wall just being like 3 or 4 feet away and honestly looks better than i imagined it would. I can even have the lights on while watching it.

I needed a projector for use with a golf simulator and the usual movies/sports. This has more than met expectations and looks like it will work out great. Image is outstanding and I don't notice any lag. I highly recommend especially at this price point.

Best picture of any projector in this price range I have owned (of 3). But the lamp life is seemingly the shortest as well. Will see how long this new bulb lasts and update then. After the bulb was changed, I noticed it start to flicker the brightness sometimes which is kind of annoying but it comes...

Great projector for the money

I was surprised how bright and clear the image is even on a 110 inch screen. I can hear the fan, but I don't consider it to be excessively noisy for a projector. I don't notice it at all during TV and movie watching.

Terrific picture, I have it projecting onto a 120" screen I've been using it fairly regularly for over a year, with no issues. There's no blurriness and has great contrast particularly with blu-ray and xbox one. even my trusty old N64 looks pretty good through it.

I've done a lot of research before finally deciding on this projector. We wanted something with at least 1080p native resolution and short throw. This one meets both expectations. It can also play 3D movies, which is a plus, but we haven't tried.

The projector works as expected and is a great projector at that, except that the lower left side of the projection will not focus properly. Once you start playing a movie or game it's not that noticeable, but higher quality control should be used in the pre-retail of this unit and would make for...