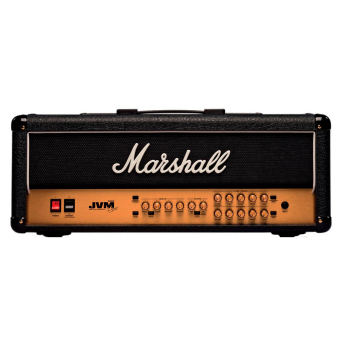 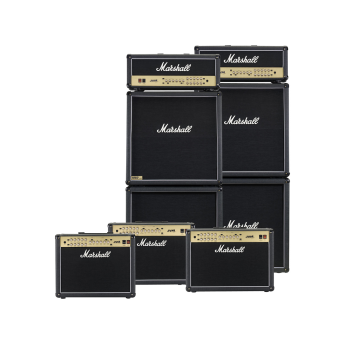 In a nutshell, the Marshall all-valve, 2-channel JVM205H 50W tube head is a 2-channel, 50W version of the most versatile Marshall amplifier ever made, the JVM410H. Both channels are completely independent of each other and they boast 3 Modes, all 6 of which are footswitchable and feature their own unique gain structure. It effectively makes the JVM205H 6 Marshalls in one!The JVM205H has studio-quality digital reverb with a level control for each channel. This is also footswitchable, as are the amp's two Master Volume controls and the Series/Parallel effects loop. Resonance and Presence are also equipped with master controls.With its ingenious footswitch (UK patent pending) and the fact all the amp's switching (channel/modes, Reverb, Master Volume selection, FX loop) can be done via MIDI, you're looking at an incredibly flexible amp! The 4-way footswitch boasts LEDs and memory, plus it connects to the amp via a regular guitar cable.From the cleanest clean to the filthiest distortion ever found in a Marshall and all points in-between, the JVM205H all-valve amp head will give you whatever tone you need right when you need it.
We can help via Live Chat, Email or you can call us 1-888-840-0464