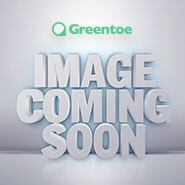 Supercharged with a plethora of flexible features, the Bassbreaker 15 is a top-notch performer for stage or studio. This chameleon-like amp creates its magic with a trio of 12AX7 preamp tubes feeding into two EL84 power tubes for 15 watts of tight, modern tone. The three-position Gain Structure switch gives the amp three distinct boutique voices, ranging from mild to wild. They're all tasty and touch-sensitive without masking the character of the guitar. Recording-friendly features such as XLR line output with switchable speaker emulation and Power Amp Mute make it easy to lose yourself in the moment without getting bogged down by the details. And a level-adjustable digital hall reverb adds just the right amount of ambience.The handsome new Bassbreaker cosmetic treatment includes dark gray lacquered tweed, oversized pointer knobs, Fender blockÂ logo, and more. With great looks, tone, and features, the Bassbreaker 15 is destined to become a goto amp for rehearsals, gigging and recording.Features includeâ¢15 watts from two EL84 tubes for aggressive midrange characterâ¢Gain Structure switch for three distinct tonal flavors and overdrive levelsâ¢Recording-friendly Power Amp Mute, switchable speaker-emulated XLR line output and ground liftâ¢Single 12â 8-ohm Celestion V-Type speaker (combo model only)â¢Combo and head mate perfectly with BB-112 extension speaker cabinetBassbreaker SeriesThe late-'50s tweed-covered Fender Bassman is often called the grandfather of all guitar amps. What started earlier that decade as the companion amp for the Precision Bass actually became one of the most beloved guitar amps of all time, thanks to its simplicity and versatility, its wide dynamic range and warm tube overdrive, its full-frequency stage-filling power and its rugged roadworthiness.Fender tweed amps evolved into the brown, blonde, blackfaceÂ and silverface models of the 1960s. Along with the dramatic evolution of their look, the amps were redesigned each time to sound brighter and cleaner. New Bassbreaker Series guitar amplifiers continue that fascinating lineage with yet another sound and style, a kind of "parallel evolution"Â in which time-honored Fender amp DNA results in a satisfyingly dirtier tone that evokes the dawn of hard rock. The new series takes the 45-watt 1959 Bassman design and breaks it with features including the early Fender block-letter logo, black tweed covering, and refined pointer knobs plus power tubes hinting at the U.K. amps that "borrowed" Fender circuits in the 1960s. The sound is one of pure and unadulterated tube greatness.
We can help via Live Chat, Email or you can call us 1-888-840-0464