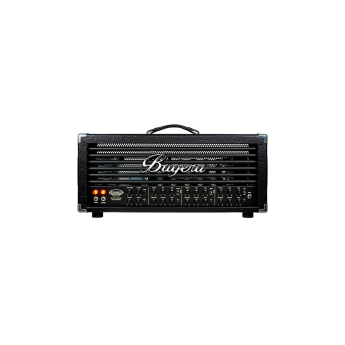 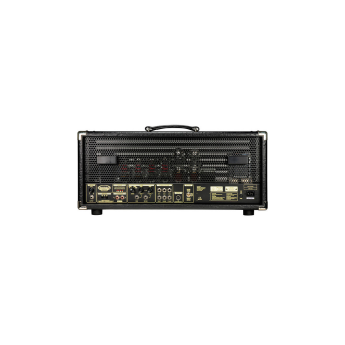 Thank you! We will be in touch. Something went wrong. Please try again later.
The Bugera Trirec features a Varipower dial that scales output power from 1W to 100W, giving you sweet power tube saturation at apartment-friendly volumes. The Trirec gives you three preamp channels, each with a wide array of sonic options, internal reverb, an adjustable and remote switchable boost, an FX loop and three rectifier modes to choose from (tube, silicon diode, tube and silicon diode).Rectifiers convert alternating current (AC) to direct current (DC), giving your guitar amp the power it needs to rock. Most of todayâs amps feature solid state rectifiers which have high power output and tight bass response. But many guitarists prefer tube-based rectifiers, which are known for their âsagâ effect â this basically means when you slam a chord, it doesnât reach its full volume right away, but instead makes a tough initial impact before quickly blossoming into a classic rock ultimatum. With the Bugera Trirec, both breeds of rectifier are alive and well in the same amp. You can even use them at the same time. Choose Silicon Diodes for high power and tight bass, Tubes (2 x 5U4 tubes) for lower power and the almighty âsag,â or a combination of the two called Tubes & Diodes for medium-powered operation spiked with equal parts punch and vintage grace.Three really is the magic numberThree is a recurring number when it comes to the awesome features of the Trirec. There are three preamp channels, each with three-band EQ, Presence, Volume and Gain controls. Channel 1 gives you pristine cleans and a DRIVE setting for a dynamic crunch tone. Channels 2 and 3 give you three overdrive modes: Classic for blues and classic rock sounds, Vintage for more gain for hard rock, and Modern for pure, maniacal metal. Five 12AX7 tubes give the Trirecâs preamp stage the mojo to cover this vast tonal palette. The output stage contains 4 x 6L6 tubes (convertible to 4 x EL34 tubesânot included).VaripowerThereâs nothing like the roaring âsoft-clipâ sound of saturated power tubes, but these tones are normally accessible only when an ampâs volume is cranked. Unfortunately, this kind of volume isnât an option when youâre jamming away in your apartment at 3 a.m., or if youâre gigging in a tiny club. Thatâs why the Trirec features the Varipower rotary control, which adjusts output power anywhere from 1 to 100 watts. Whether youâre trying to record a searing solo without waking the neighbors, or blowing the roof off the biggest gig of your life, the Trirec is always ready to provide the sound of overdriven tube fury.Check out the back side on this oneThe Trirecâs incredible tonal variations make it a recording studio gem, but itâs got the features that make it equally amazing on stage. The back panel features a LINE OUT jack with dedicated Level knob for sending signal to a slave amp, as well as loudspeaker jacks with switchable impedance (16, 8 or 4 ohms), making this amplifier compatible with virtually any speaker cabinet. The built-in FX Loop has controls for adjusting the output (send) and return levels separately. The associated Assign knob has four states: FX Loop is always on, has an individual status per channel, is activated via footswitch, or is deactivated. You also get six External Switching jacks that allow channel switching, BOOST, REVERB and FX LOOP to be controlled by an external switching system. This is where youâll find the input for the FSB106A footswitch, which also controls these parameters, and offers a MIDI IN/THRU connection controlling the Trirec in sync with your MIDI setup.
We can help via Live Chat, Email or you can call us 1-888-840-0464